It’s almost time for pupils to head back to school / college and in houses up and down the country lists are being made in preparation.

There are numerous items to include and it’s such an exciting time for young people (though maybe not so thrilling for the family bank account).

On the first day back every item in new and shiny &there’s the thrill of catching up with old friends and settling back into school routines.

But there’s change afoot in some schools this September. Over the summer the Debitrak team has been busy installing cashless systems into several school cafeterias, and very soon they will be ready to Go Live.

Pupils returning to school will be issued with their new smartcards or fobs, and once registered and loaded they’re ready to use in the school canteen.

The nations’ parents can breathe a collective sigh of relief; no more hunting for dinner money on a Sunday night, no more handing over a €20 note for school dinners because you don’t have any change, and an absolute end to school dinner money being spent on the way into school!

For those schools who have had their Debitrak Cashless Payment Systems installed this summer, the hardships of counting, storing and banking cash have been abolished. That’s a great burden to remove from Bursars and office staff, so they’ll be smiling too.

And not forgetting the canteen staff who’ll be looking forward to running their establishments with greater efficiency too. Their queues will run faster, and their reports will tell them exactly who has eaten what, and they’ll have in-depth data to analyse.

So, Back-To-School this year is going to be something to look forward to in many schools, for many reasons.

If you’d like your school canteen to go cashless, get in touch with Debitrak.

NEW - Cordero the power of your own Online Ordering and Payments App at a fraction of the cost. 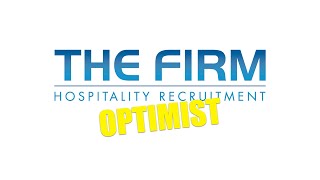 Creating the New normal in catering

DEBITRAK IS HELPING BUSINESS KEEP ROLLING IN THESE UNIQUE TIMES...

NOW IS A SMART TIME TO REDUCE YOUR CONTACT WITH CASH

NOW IS A SMART TIME TO REDUCE YOUR CONTACT WITH CASH

Now You Can Blog from Everywhere!

NEW - Cordero the power of your own Online Ordering and Payments App at a fraction of the cost.